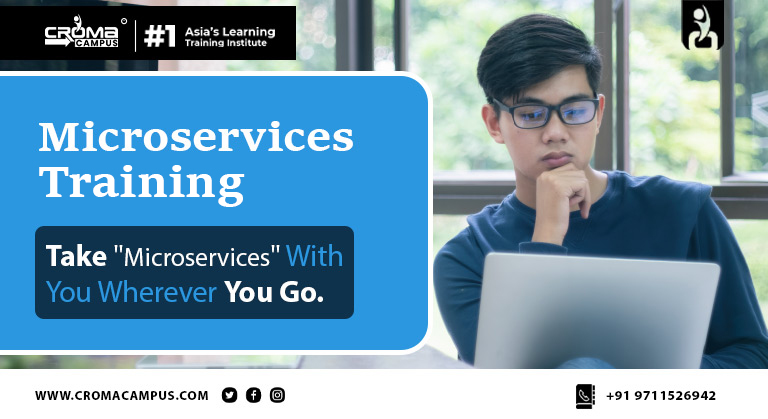 Microservices is an architectural approach that helps in developing a single application in pieces of small services. With this approach, each service in it can scale up and down without disturbing the other services in the application. In other words, it can be termed as a new IT methodology to build an application with loosely coupled and independent smaller services.

Microservices can be broken into multiple independent paths by deploying and modifying each service. In addition, every module in this architecture consists of its own database and is independent. There are several institutions that provide Microservices Training in Gurgaon and one can enroll in them to learn about the same. Here are some of the features of this technology.

Microservices ensure better fault isolation for more resilient applications. Thus, there are rare chances that the failure of one service results in impacting the other application parts negatively. In addition, developers can connect Microservices with any programming language while creating an application based on it.

Understanding and updating the applications is also much easier for developers as the app is broken down into smaller pieces. This results in boosting the development cycle. Moreover, a Microservice architecture ensures more deployment as it has a short development cycle. It allows developers to change a specific service without changing the app as a whole.

Above all. it uses containers that facilitate quick application development and deployment. It further builds services around business capabilities and each service consists of a separate database layer. This technology provides ease in adding new microservices to expand functionality and deploying new versions of specific microservices without downtime. Many institutions provide Microservices Online Course as this technology has bright career opportunities ahead. Given below are some of the benefits of using Microservices.

A monolithic structure is the traditional way of app building. The applications with it are built as a single unit and consist of a large codebase. In addition, to make an update in any component, developers need to change the whole stack at once. On the other hand, Microservices architecture breaks an app development into smaller independent units. Each unit acts as a separate service to carry out the application process. Thus, each service has its own database and can be updated, deployed, and scaled independently.

6 MLB teams that could use upgrades at the trade deadline

Sound-isolating headphones let you really hear your own voice

The selfie stick has taken over CES 2015